Adam here. I know many of you have been *patiently* waiting for us to finally reveal the cover and title for the third volume in Brandon’s Skyward Series—many of you correctly guessing this would be our first announcement after Brandon’s vague teasing in his most recent Weekly Update video on his YouTube channel.

We have a few months still (Nov. 23, 2020) until you can actually read the book, but preorders are open now! If you don’t know much about Cytonic you can read the “book flap” below (I’ve put it there to save people from reading spoilers accidentally).

I am thrilled to finally be able to show you the cover of Cytonic in all its glory. 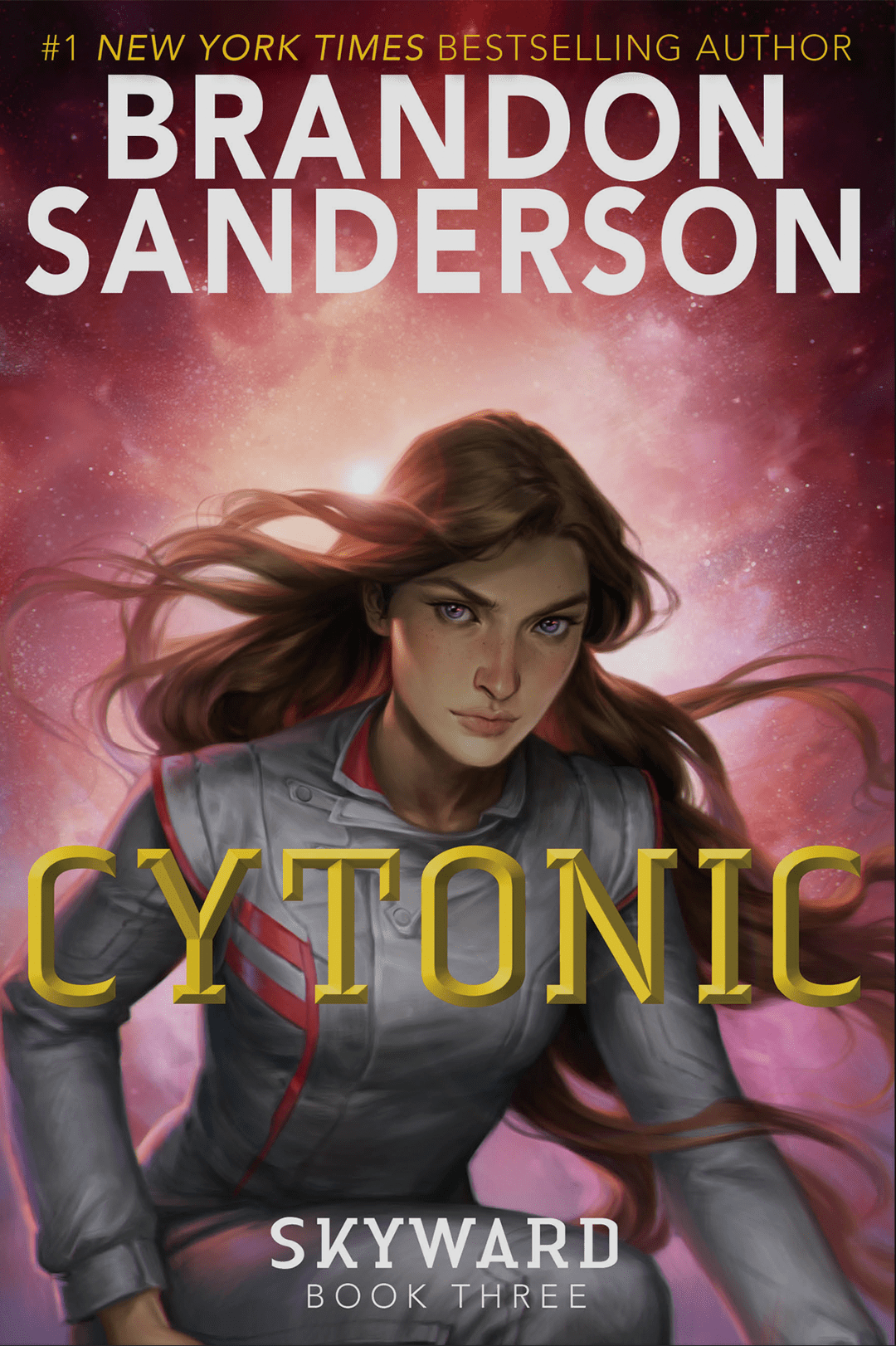 Spensa’s life as a Defiant Defense Force pilot has been far from ordinary. She proved herself one of the best starfighters in the human enclave of Detritus and she saved her people from extermination at the hands of the Krell—the enigmatic alien species that has been holding them captive for decades. What’s more, she traveled light-years from home as an undercover spy to infiltrate the Superiority, where she learned of the galaxy beyond her small, desolate planet home.

Now, the Superiority—the governing galactic alliance bent on dominating all human life—has started a galaxy-wide war. And Spensa’s seen the weapons they plan to use to end it: the Delvers. Ancient, mysterious alien forces that can wipe out entire planetary systems in an instant. Spensa knows that no matter how many pilots the DDF has, there is no defeating this predator.

Except that Spensa is Cytonic. She faced down a Delver and saw something eerily familiar about it. And maybe, if she’s able to figure out what she is, she could be more than just another pilot in this unfolding war. She could save the galaxy.

The only way she can discover what she really is, though, is to leave behind all she knows and enter the Nowhere. A place from which few ever return.