As you may know I spent little over a week in France this month as a guest of the Utopiales convention in Nantes and of my publisher, Orbit France. This was, unequivocally, an awesome experience. Pemberly and I thoroughly enjoyed our time meeting with French fans, and my publisher certainly took good care of us.

It’s difficult to boil the experience down into a few short paragraphs. Fun times involved lots of cheese, some excellent interviews, and the pleasure of winning the Elbakin.net award. (Pictured below—is it not awesome? Each one is a hand-made leather book jacket built to fit the book that won the award.) 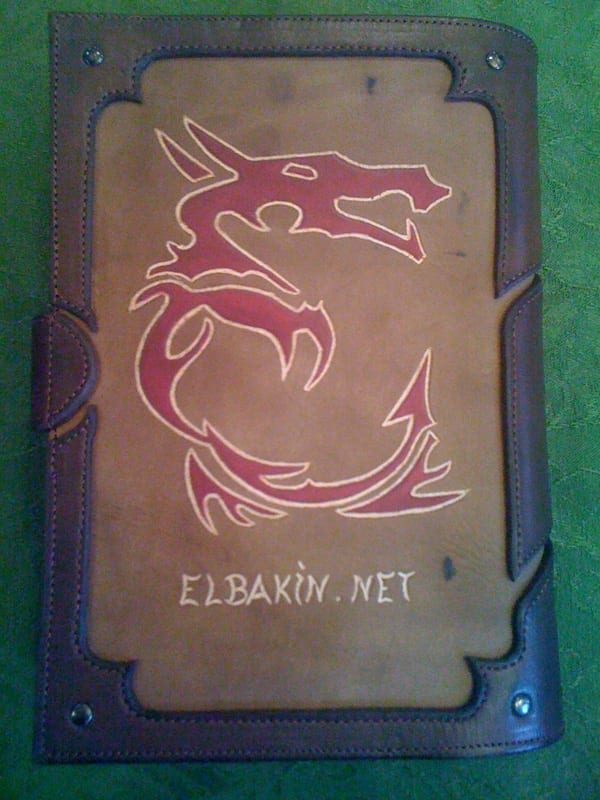 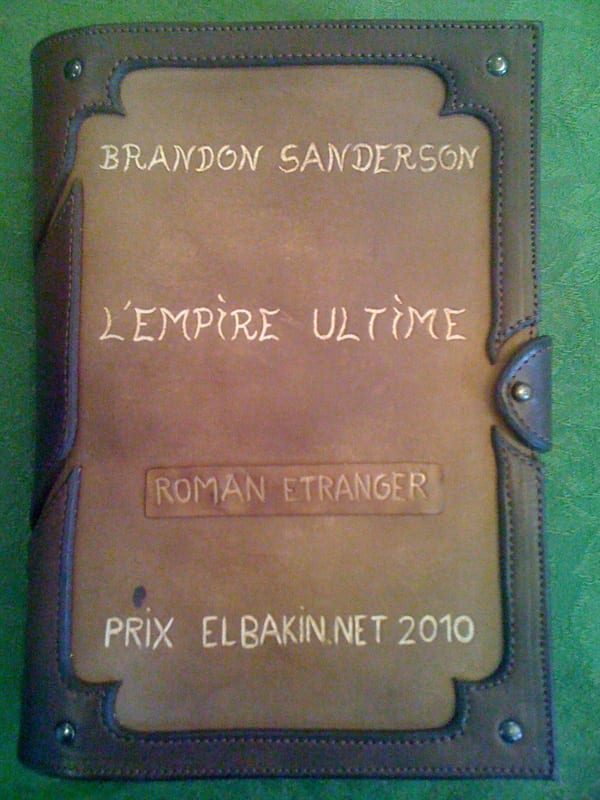 At one point, Scott Westerfeld bought me a ticket to see a giant steampunk squid. At another (on a panel) I got into a healthy argument with one of France’s most respected editors and genre experts regarding accounts of Alexander the Great’s showdown with Darius III, king of Persia.

I got to meet Peter Watts, who was one of the most engaging conversationalists I’ve ever known, and a French friend actually told me (when I was boarding a train) “Don’t worry having to talk to the stranger next to you. We’re all French, and therefore all obnoxious, so nobody bothers!” (A note of correction on my part; I’ve been to France now twice in my life, the trips separated by almost twenty years, and I’ve never found the French people to be anything other than charming, friendly, and encouraging.)

I was pleased to eat my fill of croissants, baguettes, cheese, and French desserts. I did have to search a little bit to find a glass of ice water, though.

Anyway, the experience reminded me that I really needed to a special post regarding the other wonderful conventions that have had me visit this year. It was an honor to be among the first to ever attend ConStellation in Nebraska, as Nebraska fandom had a hand in strongly encouraging me as a new writer during my youth. This is a new convention, but very vibrant, and I hope it has many years ahead of it.

On the other side, we had Minicon—a long-running and venerable convention that was beyond awesome. I’ve attended a lot of conventions in a lot of places, and it makes me wonder if those who go to Minicon realize just how special that place is. Well-organized, well-managed, and a pleasure to visit. (Even if a young man named Rand did beat me at Magic while I was there.) That con treated me like a king—you should have seen my suite in the hotel. I could have packed an entire circus’s worth of elephants in there and still had room left over.

This was all in addition to the cons I frequently visit. (LTUE in Provo, CONduit in Salt Lake, Dragon*Con in Atlanta, and—of course—JordanCon.) It was a busy con-going year for me, particularly since I hit two Comic-Cons as well. (San Diego and New York.)

A big thank you to all who hosted me. I came to fandom relatively late—I didn’t attend a real local sf convention until my senior year of high school, and didn’t manage to make a national convention until World Fantasy in 2000, when I was 25. (Just realized that was ten years ago. Wow.) And even though these last ten years have been full of con-going, I feel I’ve got a lot of catching up to do.

As such, I’ll be attending a swath of conventions next year. Some as a guest, others as a participant. The confirmed list includes:

I’ll probably also be doing another France trip in May. Watch my events page (there’s a link gem on the front page) for the most up-to-date information about where I’ll be and when.