This week’s Writing Excuses podcast has another of our microcasting episodes. Mary, Howard, Dan, and I fielded questions from people on Twitter and answered them briefly. We discussed the following topics:

In other news, Ta’veren Tees, the officially licensed Wheel of Time T-shirt company, is giving away a free T-shirt every Friday during August. Just hit “like” on their Facebook page and then watch their wall on Fridays to see if you are a winner.

I also did an interview with SciFi Bulgaria. If you read Bulgarian, check it out.

Now for the big announcement. Crafty Games’ Mistborn Adventure Game tabletop RPG’s cover art has been revealed, and they’re running a preorder special from August 4th through 7th. The RPG comes out in November, but you can preview it at Gen Con this weekend if you’re lucky enough to be attending. The book’s many illustrations, including the cover, come from artist Ben McSweeney, who also provided illustrations for THE WAY OF KINGS and THE ALLOY OF LAW. 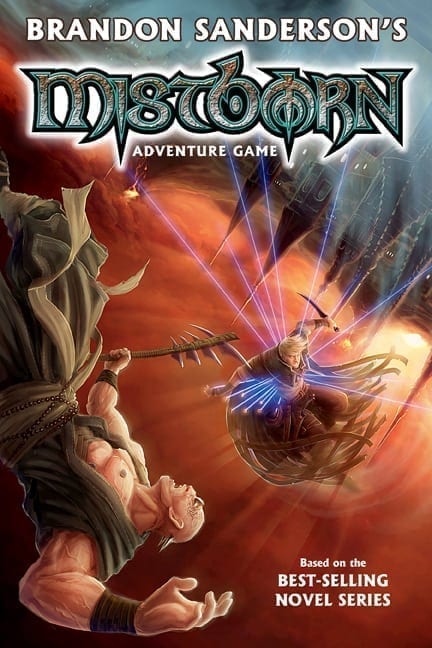 The book also includes the Kelsier short story that I mentioned back during the Mistborn 2 annotations. Some readers have been clamoring for this for years, so if you want to find out about Kelsier’s training with his master Gemmel, pick up the RPG.