Adam here. In this week’s new Writing Excuses episode, Characters as Foils, Brandon, Mary, Amal, and Maurice talk about foils. A foil is a character who serves as a contrast to another character. The foil might be a sidekick, an antagonist, a romantic interest, or really any other character who gets enough focus for the contrast to be useful. They offer examples, and their approaches for writing foils in their own work.

Last week, in Tor.com’s continuing reread of Oathbringer, we followed Dalinar as he received Queen Fen of Thaylenah’s response, Oathbringer (the sword, not the book) was discovered and returned to Ialai, and Dalinar had a troubling conversation with Taravangian. This week, in chapters twenty-nine and thirty, the chapters begin with Shallan, as Veil, waiting for a copy-cat murder in the marketplace. When it occurs, she chases a man dressed all in black into the depths of Urithiru, all the way to a dark hole.

The Twitter Archive for June is up to date.

I found this week’s featured cosplay on the talented Kira Kelly’s Instagram page. 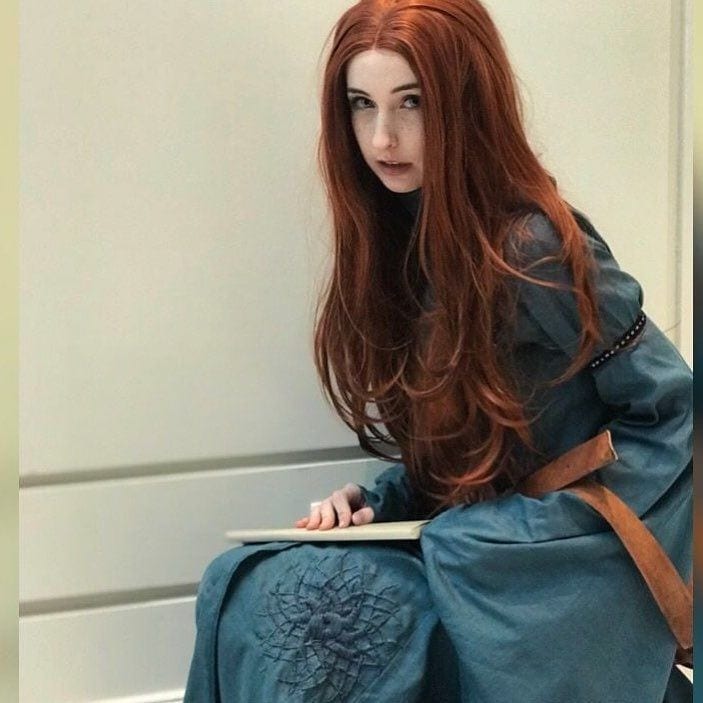