I’ve got the Photoshop contest winners below, but first the weekly updates. In the most recent MISTBORN 3 annotations I discuss TenSoon’s visit to Urteau and Vin attacking without using Allomancy.

This past weekend was BYU’s science fiction/fantasy symposium, Life, the Universe & Everything. This was my first convention as Guest of Honor (as well as my first con after the release of THE GATHERING STORM), and there was a huge crowd—including our largest crowd ever for an episode of Writing Excuses, several of which we recorded at the con. Up first—airing as this week’s episode—James Dashner joined Dan, Howard, and me to discuss pacing. Check it out. I also did a couple of interviews during the convention; one with Provo’s Daily Herald resulted in a video that they’ve put up on YouTube.

My assistant also sent out a newsletter to everyone on my mailing list for the first time in almost four years. I’ve posted a copy here. Baby pictures included! The newsletter is mostly for the benefit of people who don’t come to my site very often, but if you tell me what city you’re in, I also send out reminders when I’m signing nearby. Consider putting your name on the list; anyone who sends me an email gets added.

In Wheel of Time news, Red Eagle has announced a partnership with Obsidian Entertainment to handle much of the development for Wheel of Time console and PC games. Read the full press release over at Dragonmount.

And now to the Photoshop contest. I recruited Maria from Team Jordan, Jason and Jenn from Dragonmount, and my assistant Peter to help judge, and we eventually settled on winners for first, second, and third place. I also picked two Judge’s Choice winners from other entries I found especially deserving. 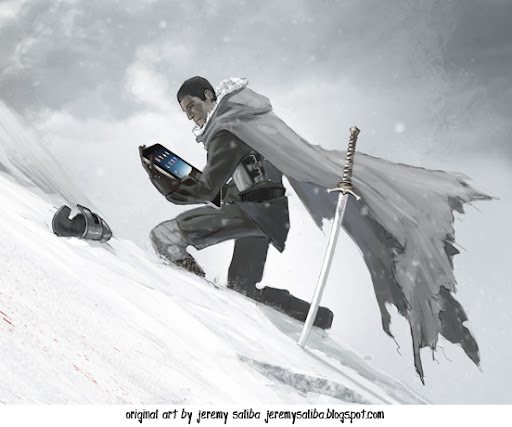 This picture of Tam holding a baby iPad Photoshopped by John S. fits in such a creepy way. As the big winner, John picked a copy of the hardcover ABLE ONE by Ben Bova for me to buy from Mysterious Galaxy and have shipped to him. He also gets a signed copy of MISTBORN. Congratulations, John! 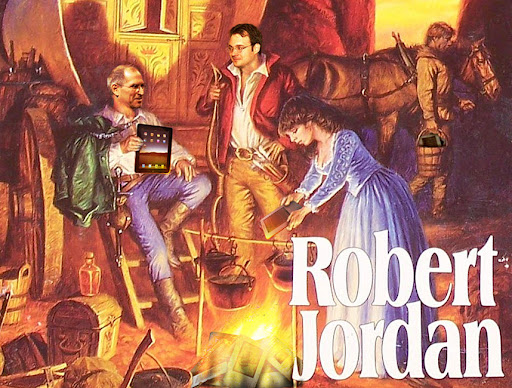 I can’t believe all the things people did with my head in this contest! Laird Duncan wins a copy of IMAGER by L. E. Modesitt, plus a signed copy of MISTBORN. 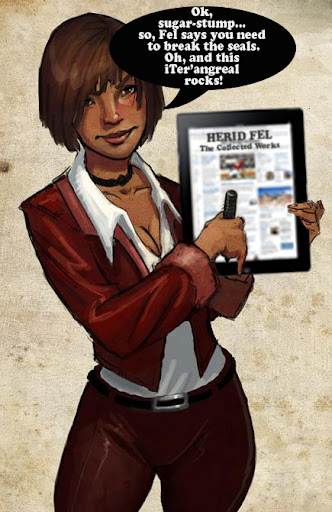 This one had the judges cracking up. Gavin Doyle wins a copy of THE REVOLUTION BUSINESS by Charlie Stross (and a signed copy of MISTBORN). 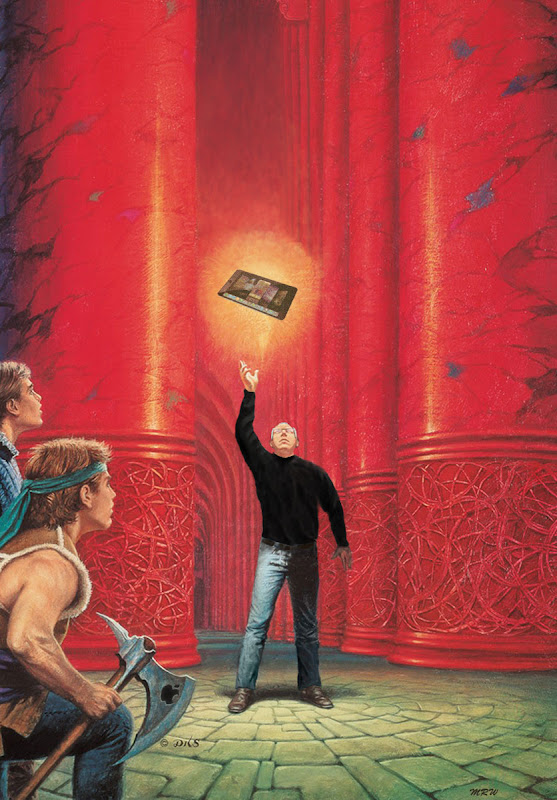 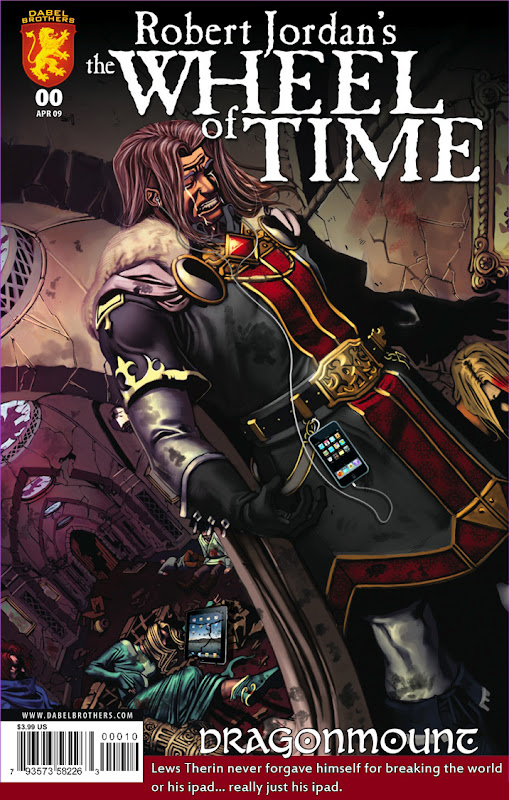 These entries by Michael Willett (left) and Valeryan (right) get special Judge’s Choice awards. Michael’s Photoshopping is just so good here, and the whole concept fits so well. And I couldn’t stop laughing when I saw Valeryan’s entry the first time—I imagined Lews Therin rocking out to Journey’s greatest hits, unable to keep the tears in. (Valeryan, you haven’t responded to my assistant yet, so I don’t know whether you want me to send you a copy of the Mistborn Table of Allomantic Metals or the Mistborn paperback. Please check your email!) Both of you have my highest appreciation for your skill and excecution.

The full slate of entries is up in a Google+ album for your perusal. There were so many great entries; you guys are really creative. Have fun looking at all the entries, and remember to support your local independent bookseller!