I donated a signed first edition of MISTBORN for an auction at Con or Bust, which helps fans of color attend SFF conventions. Check it out.

The most recent Writing Excuses podcast episode talks about retellings and adaptations. Believe it or not, yesterday was the five-year anniversary of the very first episode. Wow!

I have a bunch of videos for you today. My friend and former roommate Earl Cahill filmed the midnight release Q&A for A MEMORY OF LIGHT from multiple angles, and has produced the three videos below. If you weren’t able to attend, check them out! There aren’t any spoilers, if you were wondering.

Camping out in line:

I also appeared on this week’s Sword & Laser episode, which you can see below:

Check out this great family costume from the A MEMORY OF LIGHT signing in Sacramento! (And thanks to DJ Stipe for sending the picture to me.) Tonight I’ll be signing in Portland. My schedule is here. 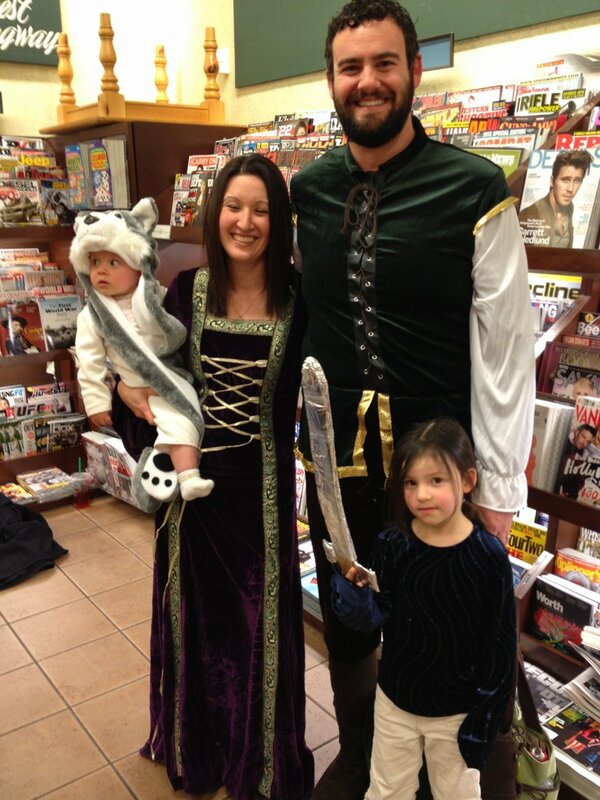 The third of my Stormlight Archive 2 writing videos is now up on YouTube. Be sure to watch it in 720p for the best quality. I WILL be posting a sped-up version of the whole chapter once I’m done posting all of the videos; if my typing is too slow for you, don’t worry.