It’s 2016 and time for Writing Excuses to embark on a new season. This year we are going to explore what we write and why we write, but our guidepost will be the concept of Elemental Genres. In January we’ll stay high-level and firm up the framework. Starting in February we’ll drill down on each of the Elemental Genres and explore the writing process.

We understand that the word “genre” has a lot of weight to it, and arguments can ensue because of it. In the season’s first episode, Introduction to Elemental Genre, we bypass all the long, tedious, and overwhelming arguments by adding an adjective and defining a new term: Elemental Genre.

Here is a preview of what the 2016 season of Writing Excuses will look like:

In this week’s new Writing Excuses episode, How to get the Most Out of a Conference, we sit down with Kathy Chung, who runs the Surry International Writing Conference (a professional development event, rather than a fan-run convention). So naturally, we invited her to talk with us about conferences and conventions so she could share her expertise with us firsthand.

I have some more exciting news for Writing Excuses: the 2016 Writing Excuses Retreat is fast approaching (register here, and a scholarship is explained here), and we have all the guest instructors lined up. I have listed some pretty basic information about them below, and hopefully it will help you determine which courses you want to focus on while on the retreat. 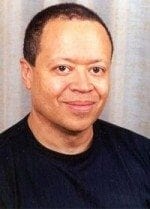 Steven Barnes The novelist, screenwriter, writing instructor and life coach has published more than 25 science fiction, fantasy and horror novels, written New York Times bestsellers and won an NAACP Image Award. He has been nominated for Hugo, Nebula and Cable Ace Awards. His modern classic A Stitch in Time episode of Showtime’s The Outer Limits won an Emmy. He has also has written for The New Twilight Zone, StarGate, Andromeda, Ben 10, The Wizard and The Real Ghost Busters. His solo novels include Streetlethal, The Kundalini Equation, Gorgon Child, Firedance, Blood Brothers, Far Beyond the Stars, Charisma and his highly acclaimed and his highly acclaimed Lion’s Blood and Zulu Heart.
Once a nationally ranked karate competitor, he now makes his home in Southern California with his wife, American Book Award winner Tananarive Due, and his son, Jason. His daughter Nicki graduated from UC Irvine in 2009 and is currently doing theater in Central California. 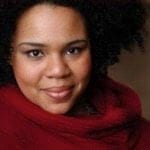 Desiree Burch is a writer, comedian actress and New York to London transplant. Her full-length solo shows, 52 Man Pickup and Tar Baby have toured NY, L.A., San Francisco, Seattle, New Orleans, London, Amsterdam and Edinburgh. Tar Baby received a Fringe First Award for new writing at the 2015 Edinburgh Festival Fringe and was shortlisted for an Amnesty International Freedom of Expression award. Desiree is also the 2015 Funny Women Awards Stage Award Winner, and her stand-up and solo work have been featured at places like Carolines, Joe’s Pub, P.S. 122, 59E59, LaMama, the New Museum and WNYC’s The Greene Space, as well as on VH1, MTV and E4. She was a founding member of the New York Neo-Futurists and her work has been profoundly influenced by her experiences as a creator/performer in their long-running show Too Much Light Makes the Baby Go Blind. She is also a performer in Young Jean Lee’s Untitled Feminist Show and is the voice of former Mayor Pamela Winchell on the top-five podcast Welcome to Night Vale. She has worked regionally and nationally as an arts educator (American Place Theater, Perry-Mansfield) and speaker (TEDx), and was an Artist-in-Residence of Galapagos Art Space in Brooklyn where she hosted the cult storytelling and performance show SMUT. Desiree received her B.A. in Theater Studies from Yale University. 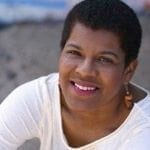 Tananarive Due is an author, screenwriter and educator who is a leading voice in black speculative fiction. Her short fiction has appeared in best-of-the-year anthologies of science fiction and fantasy. She is the former Chair in the Humanities at Spelman College (2012-2014) and teaches Afrofuturism at UCLA. She also teaches in the creative writing MFA program at Antioch University Los Angeles. Due has a B.S. in journalism from Northwestern University and an M.A. in English literature from the University of Leeds, England. The American Book Award winner and NAACP Image Award recipient is the author of twelve novels and a civil rights memoir. In 2010, she was inducted into the Medill School of Journalism’s Hall of Achievement at Northwestern University. She also received a Lifetime Achievement Award in the Fine Arts from the Congressional Black Caucus Foundation.
Due collaborates on the Tennyson Hardwick mystery series with her husband, author Steven Barnes, in partnership with actor Blair Underwood. Due and Barnes also collaborate on a young adult horror/science fiction series including the novels Devil’s Wake and Domino Falls.
She and her husband live in Southern California with their son, Jason. 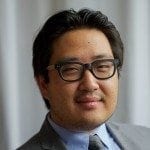 DongWon Song is an agent at Howard Morhaim Literary Agency representing science fiction, fantasy, YA, science, food, and pop-culture. Previously, he was an editor with Orbit where he launched multiple New York Times bestselling series including FEED by Mira Grant and THE EXPANSE by James S.A. Corey. He has also worked as a digital bookseller for ebook startup Zola Books where he was the head of product for the ecommerce and ebook apps. He lives in Portland, Oregon where it does not rain nearly as much as people say. 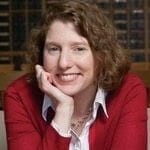 Lynne M. Thomas Three-time Hugo Award-winner Lynne M. Thomas is the Co-Editor-in-Chief and Co-Publisher of Uncanny Magazine with her husband, Michael Damian Thomas. She was the co-editor of the Hugo Award-winning Chicks Dig Time Lords with Tara O’Shea, Whedonistas with Deborah Stanish, the Hugo Award-finalist Chicks Dig Comics with Sigrid Ellis, and the anthology Glitter & Mayhem with Michael Damian Thomas and John Klima. Lynne is the former Editor-in-Chief of the Hugo Award-finalist Apex Magazine. She moderates the Hugo Award-winning SF Squeecast, a monthly podcast (with Elizabeth Bear, Paul Cornell, Seanan McGuire, Michael Damian Thomas and Catherynne M. Valente) in which a group of SF/F professionals get excited about stuff they like, and contributes to the Verity! Podcast (with Erika Ensign, L.M. Myles, Katrina Griffiths, Tansy Rayner Roberts and Deborah Stanish), where a bunch of smart women talk about Doctor Who.
Lynne is also the Curator of Rare Books and Special Collections at Northern Illinois University in DeKalb, IL, where she is responsible for the literary papers of over 70 SF/F authors and the official archives of SFWA. 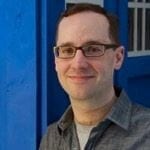 Michael Damian Thomas is the Co-Publisher and Co-Editor-in-Chief of Uncanny Magazine with his wife, Lynne M. Thomas. He was a two-time Hugo Award finalist as the former Managing Editor of Apex Magazine, co-edited the Hugo-nominated Queers Dig Time Lords with Sigrid Ellis, and co-edited Glitter & Mayhem with John Klima and Lynne M. Thomas. Michael is a member of the Down and Safe Blake’s 7 podcast with Amal El-Mohtar, L.M. Myles, and Scott Lynch.
Michael lives in DeKalb with his wife Lynne, their daughter Caitlin, and a cat named Marie. Caitlin has a rare congenital disorder called Aicardi syndrome, and Michael works as her primary caregiver. 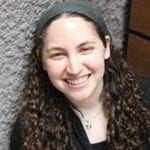 Navah Wolfe is an editor at Saga Press, Simon & Schuster’s science fiction and fantasy imprint, where she has edited critically-acclaimed novels such as Our Lady of the Ice by Cassandra Rose Clarke and Persona by Genevieve Valentine. She is also the co-editor, along with Dominik Parisien, of The Starlit Wood, an anthology of cross-genre fairy tale retellings, coming next year from Saga Press. She was previously an editor at Simon & Schuster Books for Young Readers, where she worked on many bestselling books, including some that have won awards such as the Printz Honor, the Pura Belpré Award, the Pen/Faulkner Award, the Stonewall Award, the Lambda Literary Award, and the Schneider Family Award. She has previously worked as a bookseller, a rock climbing wall manager, and a veterinary intern at a zoo. She lives in Connecticut with her husband and two young children. 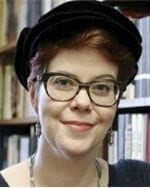 Claudia Gray is the pseudonym or pen name of a bestselling, Chicago-based novelist. She is perhaps best known for her four-book Evernight series, which follows a girl named Bianca, who is sent to Evernight Academy, a boarding school for vampires. Not knowing the school’s true nature, Bianca is subsequently thrust into the middle of a conflict between supernatural forces beyond her understanding.

Gray has also published Balthazar, a spin-off of the Evernight series about Bianca’s vampire friend, and a stand-alone novel entitled Fateful, the tale of a young serving woman aboard the doomed ship Titanic, and a dark stranger who is pursued by werewolves. Gray’s short stories have been featured in anthologies such as Immortal, Enthralled, and Vacations from Hell.

Before working as a full-time novelist, Gray worked as a lawyer, a disc jockey, a journalist, and a waitress (a terrible one by her reckoning). She enjoys hiking, traveling, reading, and listening to music, but says she loves writing best of all.

Last week, in Tor.com’s continuing reread posts for Words of Radiance, Kaladin seemed to be fighting depression, Shallan hid in the darkness while Amaram attempted to interview Talenel, and as a result of her work she was welcomed into the Ghostbloods. This week, in Chapter 64, we go back in time again, as Shallan tries to make a difference for her family.

My assistant Adam is has updated the twitter blog for December and January.