Entertainment Weekly has an exclusive cover reveal for my YA post-apocalyptic novel STEELHEART that’s coming out from Delacorte in September. Check it out here.

Also, Tor.com put up the prologue and first chapter of my YA fantasy THE RITHMATIST that’s coming out in May. Read them here. (Illustrations by Ben McSweeney, who also did the Shallan’s Sketchbook illustrations in THE WAY OF KINGS.)

Right now Harriet and I are busily pre-signing copies of A MEMORY OF LIGHT at the BYU Bookstore for tonight’s midnight release. There were about 150 people in line this morning at 7:30 when the bookstore started handing out numbers and letting people go home and rest until this evening. Harriet will be going back to her hotel before the midnight release, but she will be at the reading/Q&A that is scheduled to start at 8:00 p.m. (doors open at 7:00) at the Provo High School Auditorium (map below)—repeat, the Q&A is NOT at the bookstore itself! The bookstore will open its doors around 10:30 p.m. and books will be handed out at midnight, after which I will do personalizations by book number order. Complete details are here. Hope to see many of you tonight! 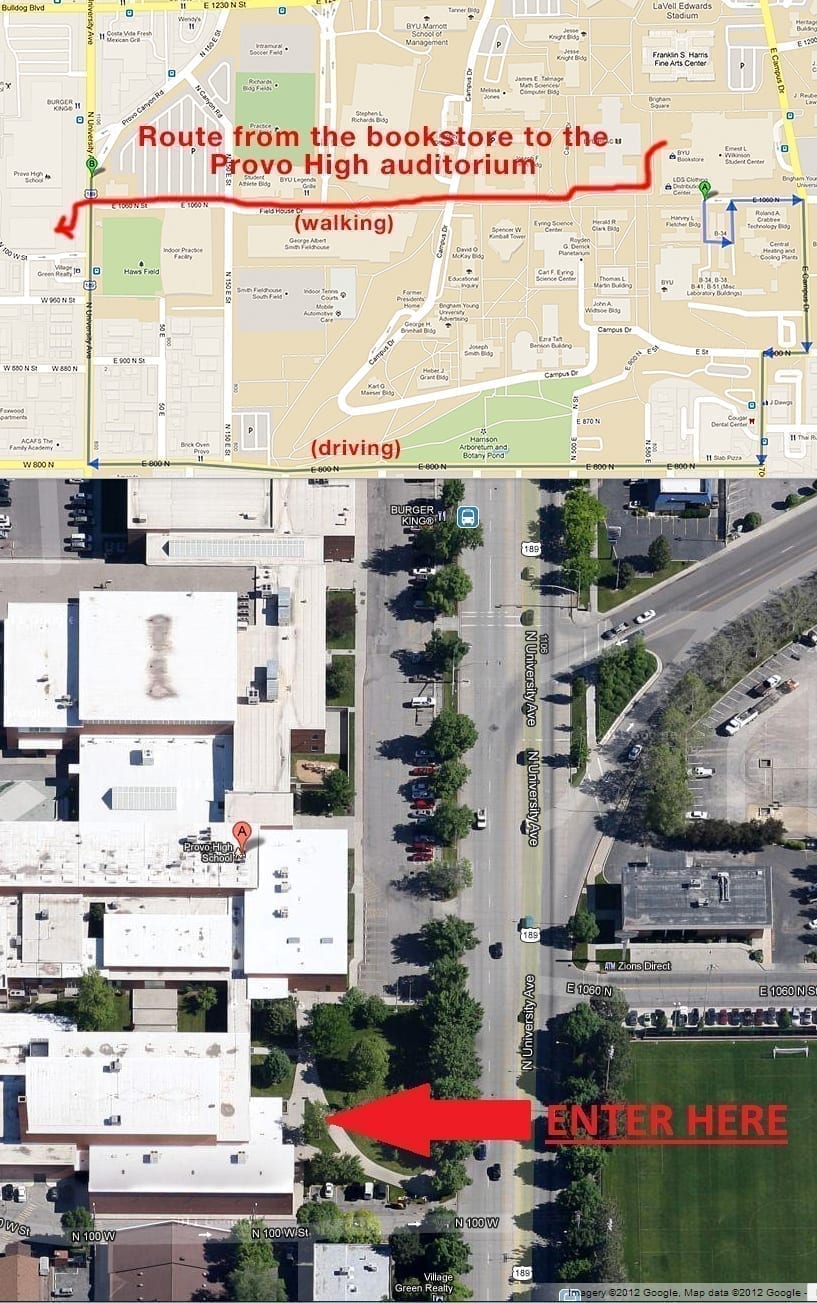 On Friday I posted about Hugo Nominations and offered to send THE EMPEROR’S SOUL to any Hugo voters. Writing Excuses has a list up of all the award-eligible works of the Writing Excuses team. And our first episode of the year is a microcasting episode on these topics: