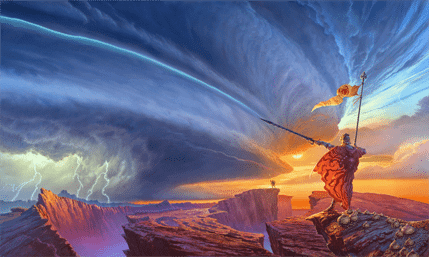 Michael Whelan, The Way of Kings

They say you can’t judge a book by its cover. I’ve always wondered who “They” are, and if—by chance—they’ve never heard of Michael Whelan. Because my experience in life has been very different.

It’s been almost twenty years now since I first discovered Michael’s work. I was fourteen when it happened, and I was not a reader. I’d been handed a succession of novels about young boys living in the wilderness and taking care of their pet dogs. (Which would die by the end of the book.) I disliked reading with a passion. So, when my eighth-grade teacher assigned me to do a book report, I did everything I could to get out of it.

That failed. In fact, it failed so solidly that the teacher—unwilling to let me choose my own book to read, for fear I’d choose something not up my reading level—steered me to the back of the room, where she kept a group of ratty paperbacks to loan out to students. You probably know the type—ripped, stained by spaghetti sauce from cafeteria lunches, pages folded and worn. I was told I had to read one of these and had to do a book report on them—and she’d read them all, so she’d know if I tried to fake it. 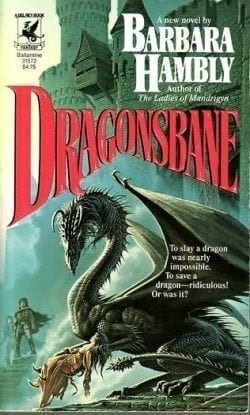 Sullen and annoyed, I began to sift through the books. Most looked terrible. I resigned myself to another dead dog story, but then one of the books actually caught my eye. It had this vivid painting of a dragon standing in the mists, a woman held limply in its hand. Dragonsbane, by Barbara Hambly. The painting was so beautiful, so realistic yet imaginative, that I snatched it up, actually a little eager to look through the pages. I ended up taking it home with me.

I read that book in one day. It wasn’t like anything I’d ever tried reading before. (I had never been introduced to fantasy novels.) Dragonsbane was amazing, challenging, imaginative, gripping, and beautiful all wrapped up in one. I remember a severe bout of disappointment upon finishing the book because I thought surely there couldn’t be anything else like it in the entire world.

Still, hopeful, I visited the school library the next day. I looked through the card catalog, and picked the next book—alphabetically by title—after Dragonsbane. It was called Dragonflight, by Anne McCaffrey. I went and pulled it out, and was once again captivated by the cover. I took it home and read it. 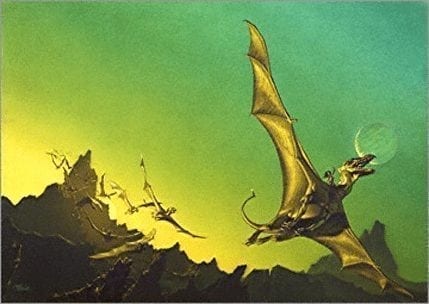 My life changed. Now, we throw around sentences like that in writing, using them over and over again until they become as worn as the shoes of a traveling salesman—hardly capable of holding meaning any longer. But let me say it again. My life changed.

I devoured every Anne McCaffrey book in the school library. Suddenly, what I’d discovered in Dragonsbane wasn’t a single, freak event. There was a pattern. If two authors could do this, perhaps there were others. Hungry for more, I went to the bookstore and discovered there was an entire fantasy genre.

There were so many books. Which to choose? Dragons had treated me well so far, so I looked for some dragon books. And there, right on the shelf, was a beautiful book called Dragon Prince. I consumed it, and then everything else Melanie Rawn was writing. 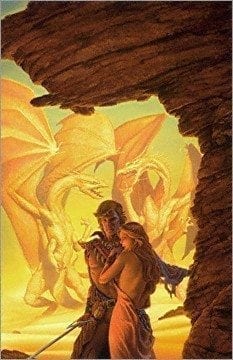 What do these books all share? It wasn’t just the dragons; it was the covers. Each time, there was something dramatic and special about them. I now own prints of Dragonsbane and several of Melanie’s covers. All were painted by Michael Whelan.

By the time Tad Williams’ Dragonbone Chair came out, I could recognize Michael’s art on sight. And I also knew to trust it. It didn’t seem logical—you really shouldn’t be able to judge a book by its cover. But a Whelan cover became a seal of approval to me, a sign that the publisher trusted the book so much that they got the best person available to do the cover.

I can’t tell you all of the authors Whelan’s art led me to over the years: Patricia Mckillip, Joan D. Vinge, Stephen Donaldson, and even Asimov. (Yes, you read that right. I first picked up Asimov because Whelan had done the new Foundation covers.)

I remember when winter 1993 rolled around. My local bookseller noted to me that Whelan had a new art book coming out, one half dedicated to covers, one half dedicated to his fine art. It was the only thing I requested for Christmas, and my parents bought it for me despite the cost. I spent hours leafing through the wonderous, fantastic art. Those imagines sparked things in my mind. I was an author in embryo, absorbing, thinking, dreaming. One of the very first stories I ever wrote was a fanfic based on Whelan’s Passage series of fine art prints. 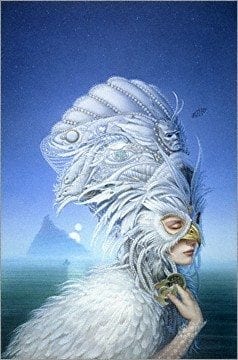 The years have passed. There are other wonderful fantasy artists out there—and, in a way, the market has finally caught up to Whelan (much as the fantasy genre itself needed time to catch up to Tolkien.) I’ve been lucky to have some of those incredible artists paint covers for my books. But I’ve rarely felt as much excitement, wonder, and awe as I did the when I got to open an email and see the cover for The Way of Kings.

Irene Gallo (Tor’s art director) asked me to provide a quote about how I feel having a Whelan cover on one of my books. My editor, Moshe, noted “Surely you’ll mention how it’s a dream come true for both you and your editor.” But ‘dream come true’ is another one of those phrases we use so often it has lost its meaning. 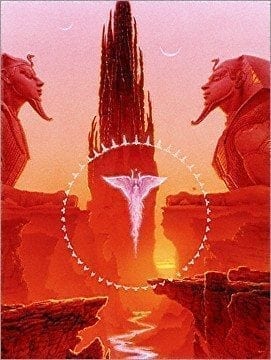 How do I really feel? Well, when I was a senior in high school, I was forced to take a life-planning class. In that class, we had to write down ten ‘life goals’ we wanted to achieve some day. #1 on my list, which I still have somewhere, was “Publish a book someday that is good enough to deserve a Michael Whelan cover.”

It has always been a deep-seated desire of mine to one day have a Whelan painting on one of my works. Without this man’s skill and vision, I might never have discovered the fantasy genre, and I might not be writing novels today. 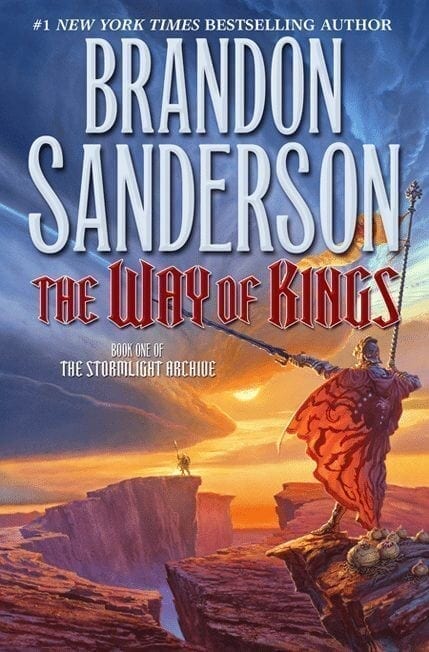 The Way Of Kings, cover art by Michael Whelan

View more of Michael Whelan’s work on his website.

For a behind the scenes look at the making of The Way of Kings cover, click here.