Adam here. In this week’s new Writing Excuses episode, Character Nuance, Brandon, Mary, Amal, and Maurice talk about characters who have conflict built right into them; characters whose attributes and attitudes might seem to contradict one another; characters who like, y’know… actual people.

Last week, in Tor.com’s continuing reread of Oathbringer, we jump back in time again, thirty-three years, as Dalinar shows what a warrior armed with Shardplate can do to… well, pretty much anyone without Shardplate. It does have a few disadvantages, though. This week, in chapter twelve, we get to watch Dalinar attempt to play politics, with careful guidance from his wife and various scribes. Why don’t people just say what they mean?

The Twitter Archive for April is up to date.

In honor of JordanCon next week, here is an excellent Aes Sedai cosplay from The Wheel of Time. 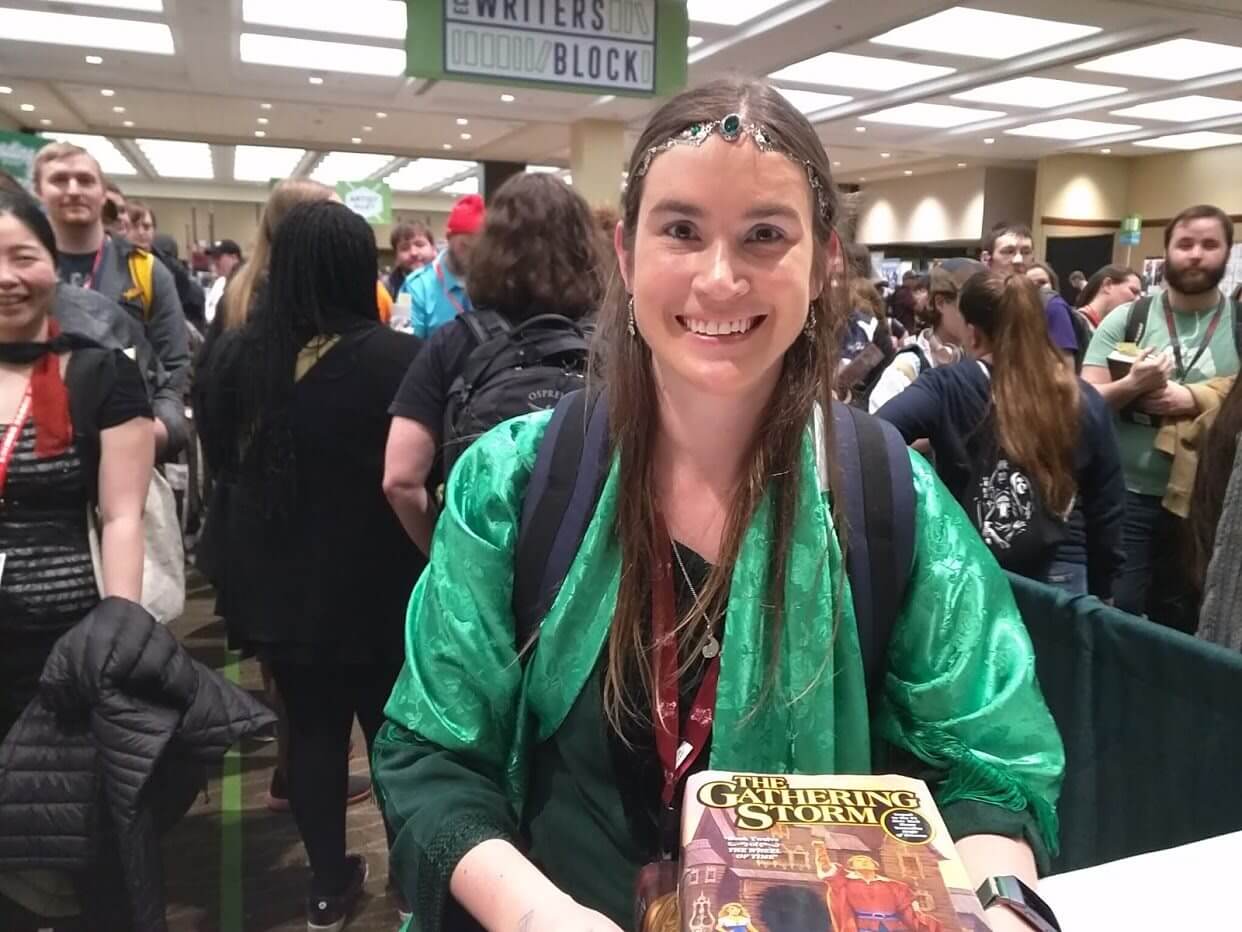