Recently I got back from the The Rithmatist tour, so it’s time for me to post some pictures of some of the cool things I saw and some of the neat things you all gave me. I appreciate the time and thought put into the gifts.

Take a look at this Steel Inquisitor sculpture Meghan Etzel-Hardman gave me. Wow! You can take a look at more of her work at her site. 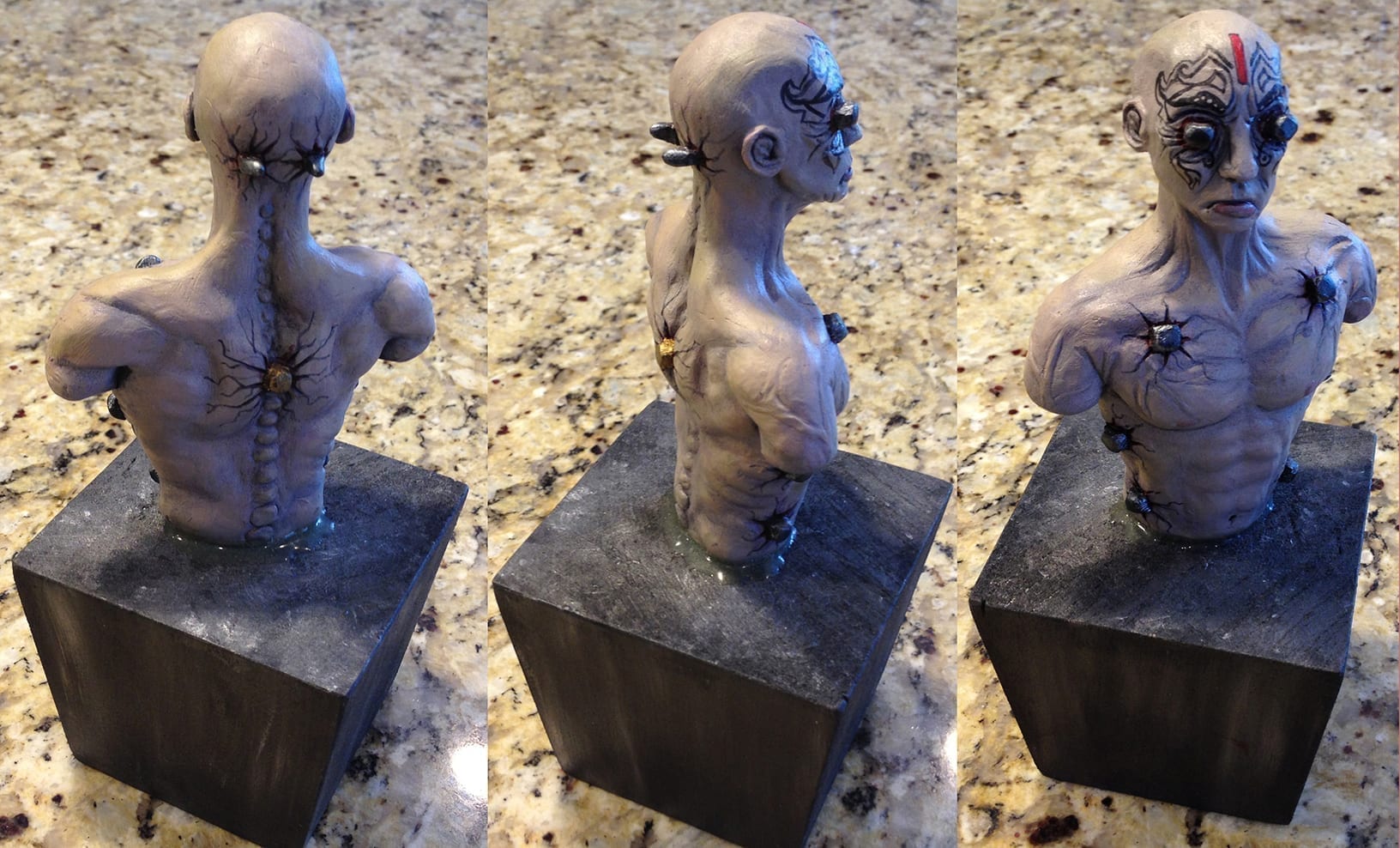 These awesome Mistborn costumes came from the hard work of Sarah Levinson, who came with her pals to Phoenix Comicon. From left to right: Karen as Tindwyl, Varouj as Sazed (I think I saw him dressed as Aang from Avatar one of the other days), me dressed as myself, Brian as Elend, and Sarah as Vin. The attention to detail on these costumes is amazing! 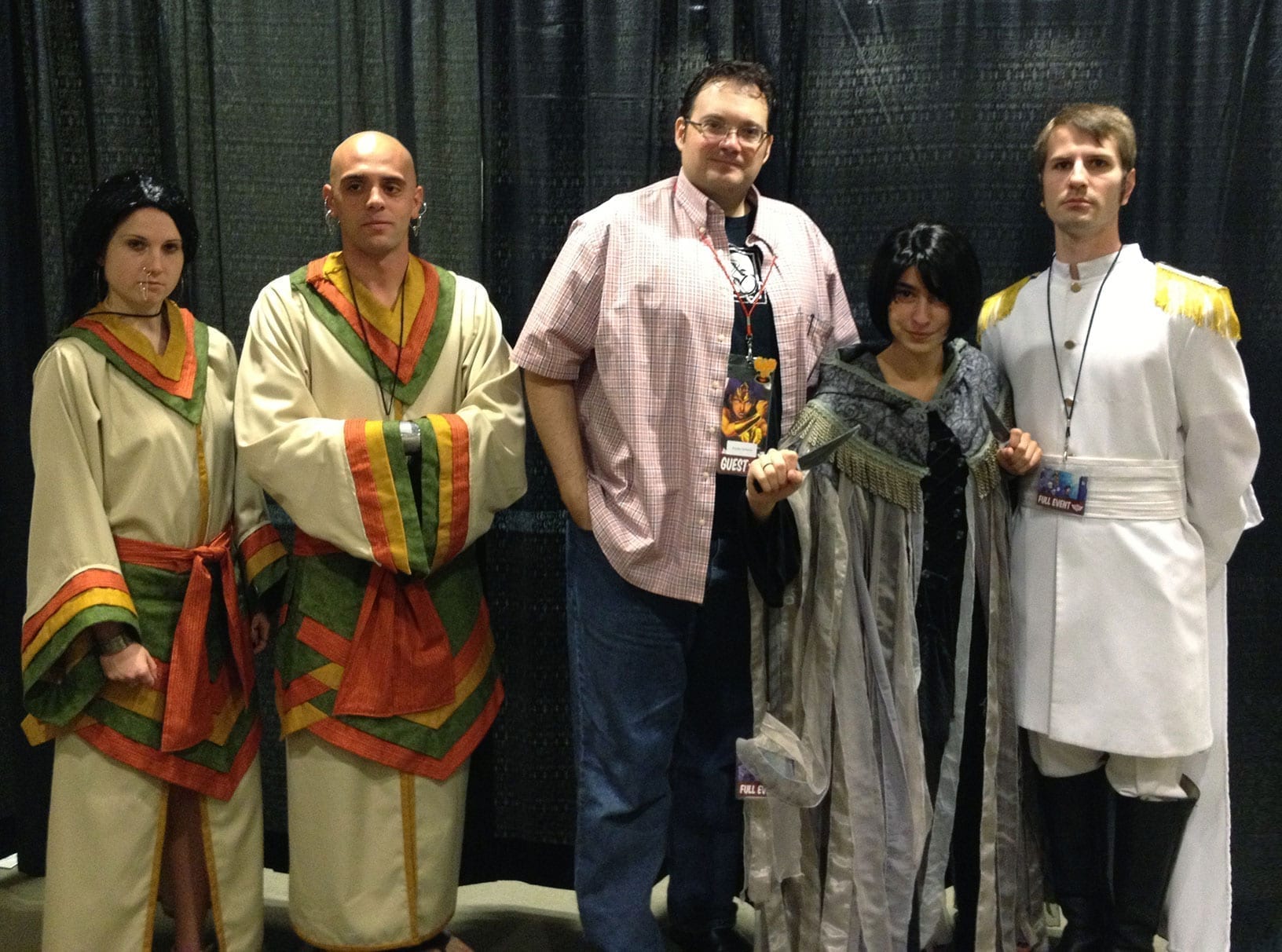 Here’s a beautiful bookmark I got from the Tattered Cover when I signed there, beads from New Orleans, the A Game of Thrones card game, and a silver spoon and expertly knitted animals for Baby Melvin (not his real name). 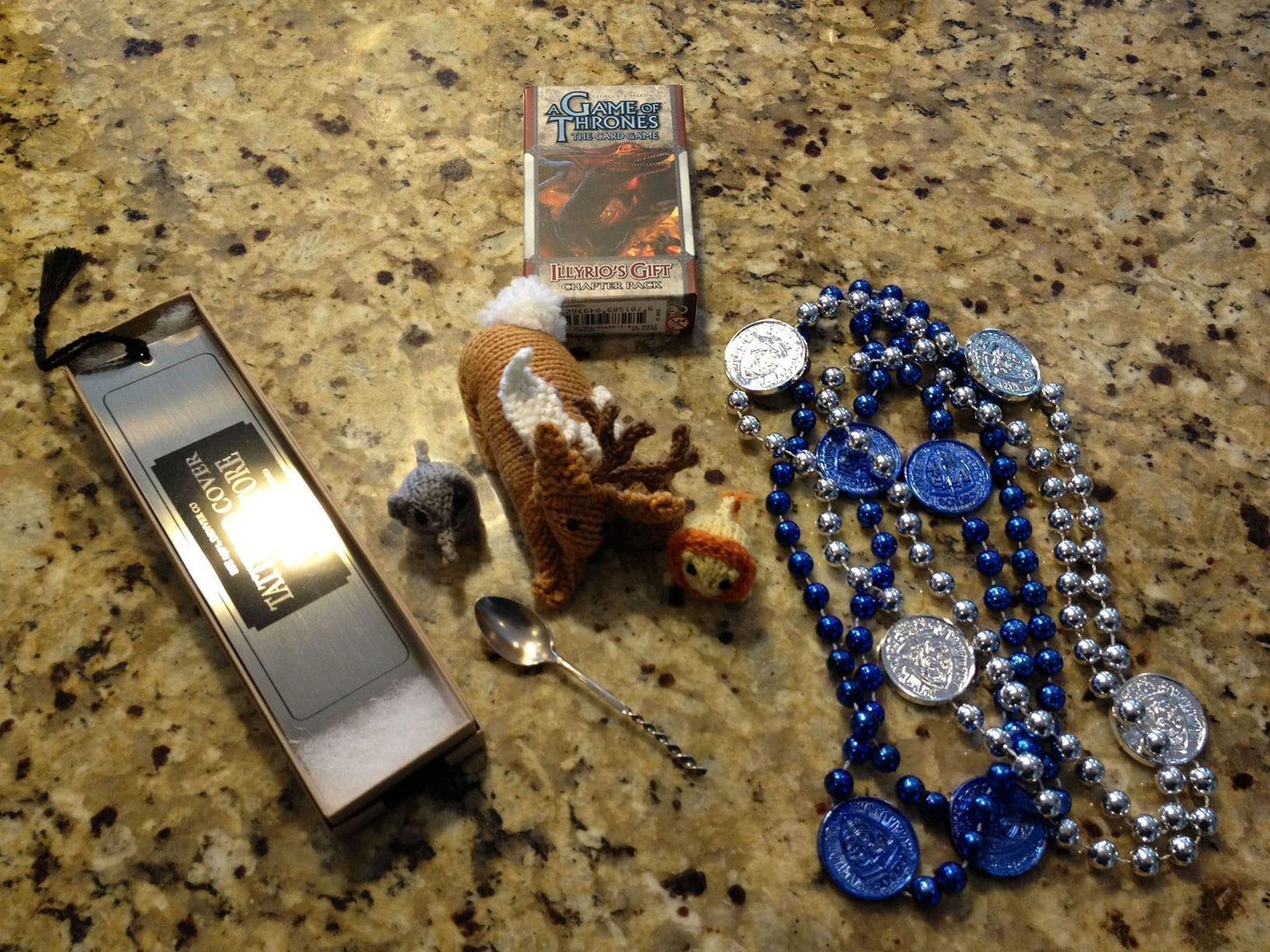 At one of my tour stops back east, I met fellow Tor author David Walton. He was kind enough to give me a copy of his latest book Quintessence, which I enjoyed reading during my flights. 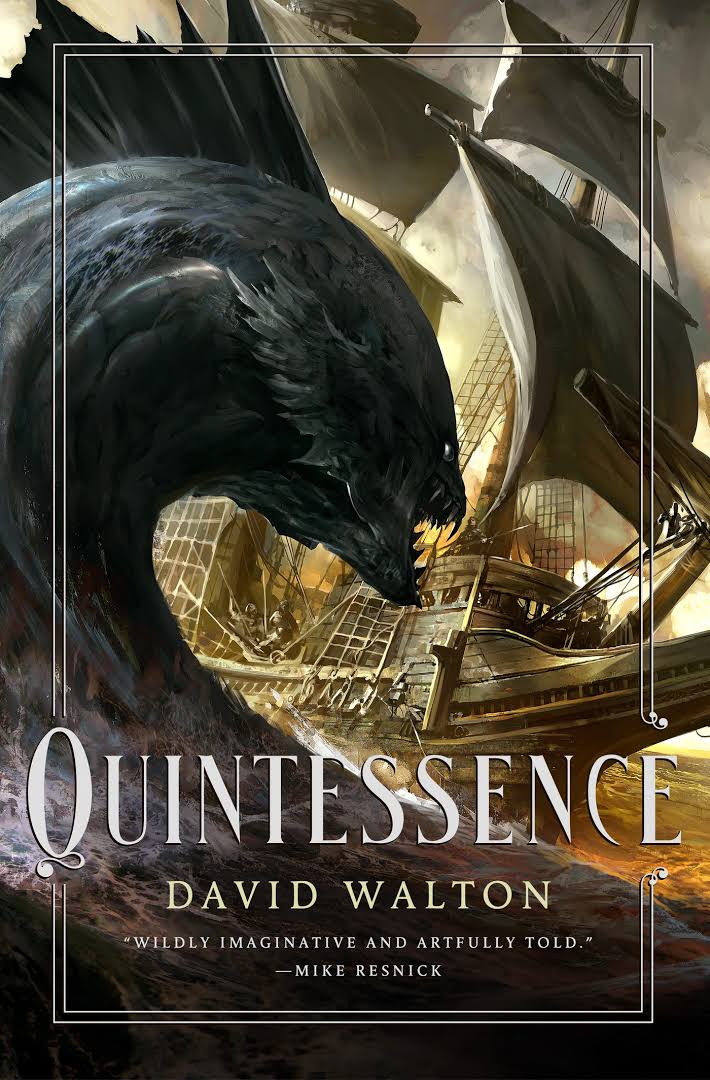 One reader, lmlnewburg, created some fan art for a story idea the Writing Excuses cast helped me brainstorm about psychic birds in the jungle, “Sixth of the Dusk.” 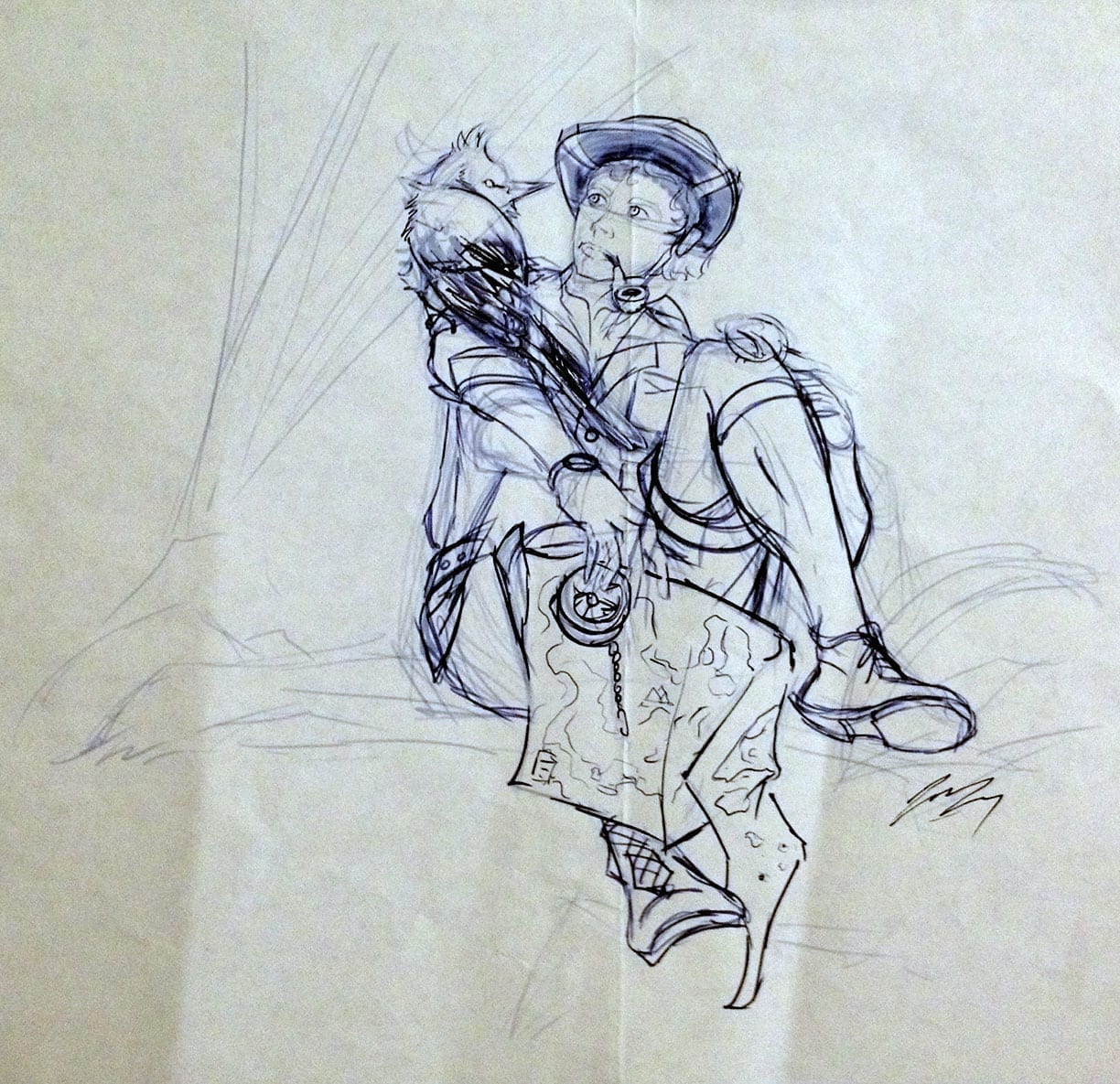 And as usual, the various assortment of Magic cards:

Emily Grange knitted this koloss based on Ben McSweeney’s illustrations. The detail on this guy is amazing! 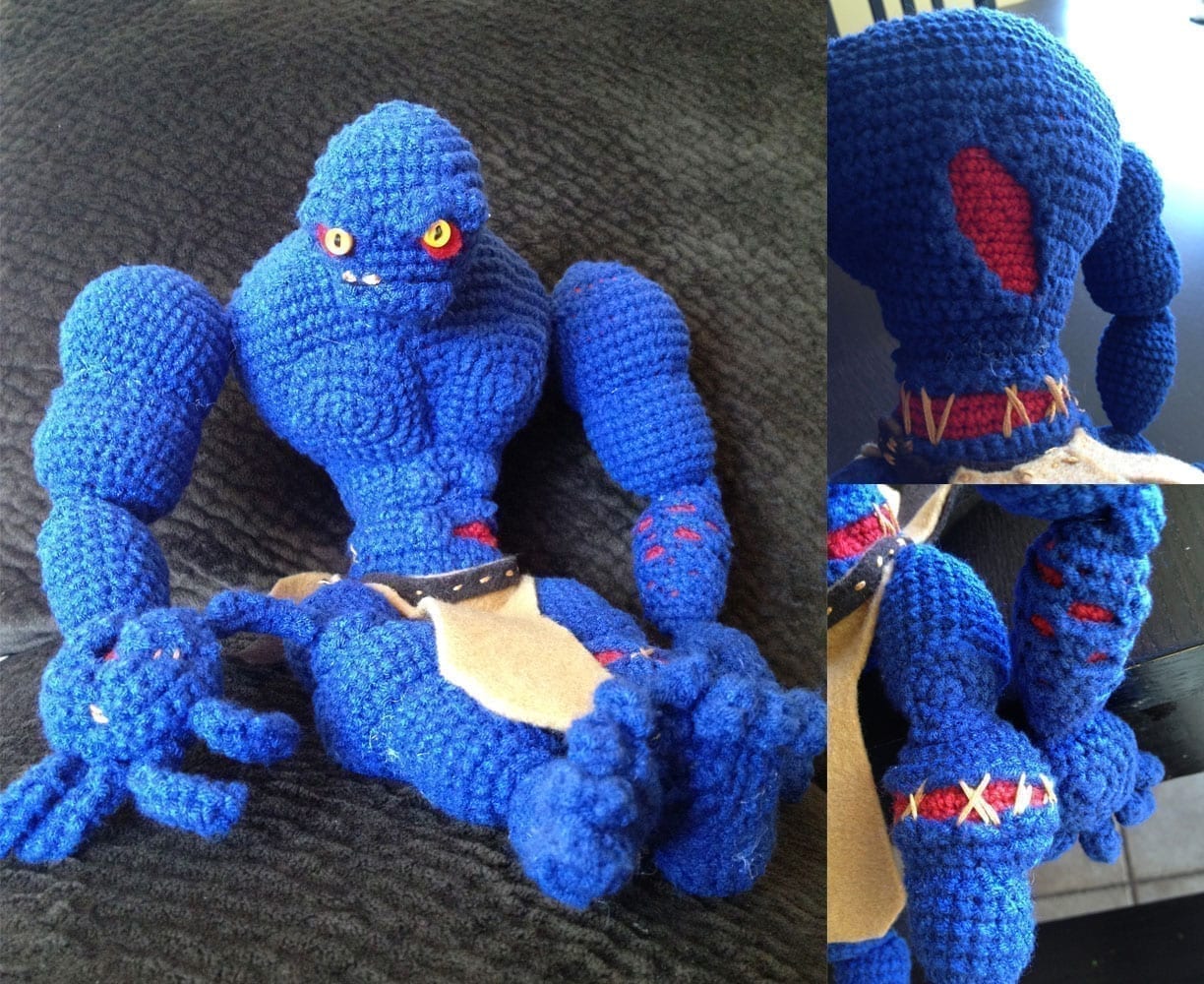 The event put on June 3rd by the King’s English Bookshop and hosted by the Provo Library was a great success. With nearly 500 people in attendance, this was probably the second-largest non-release-party event that I’ve had for one of my books so far. 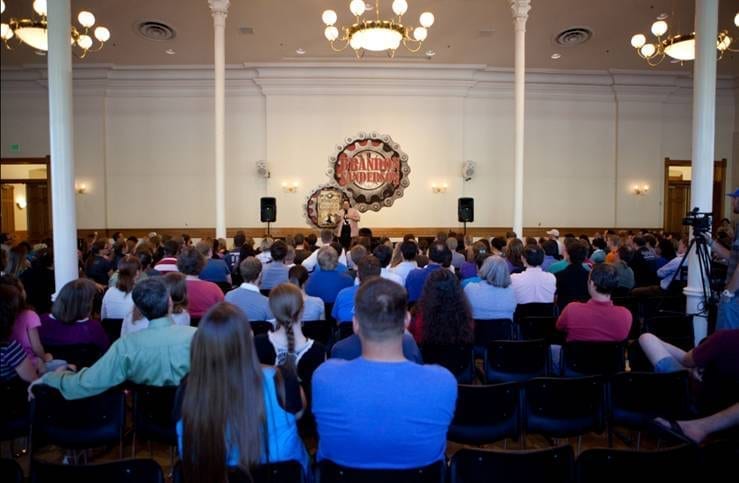 At the signing, I received this beautiful glass ornament from the folks at Gomm Studios (check out their gallery of stained glass). 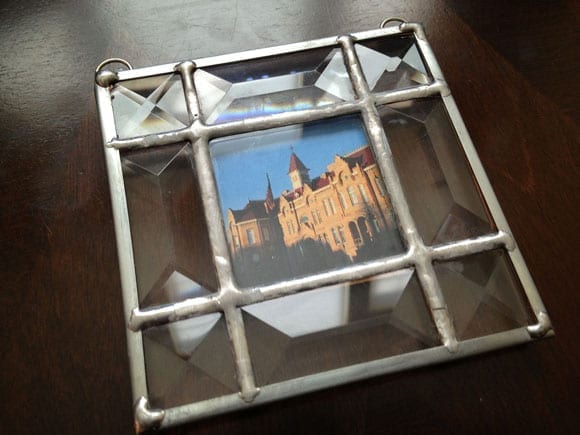 There were some nice T-shirts for those working the event. They gave me one too. 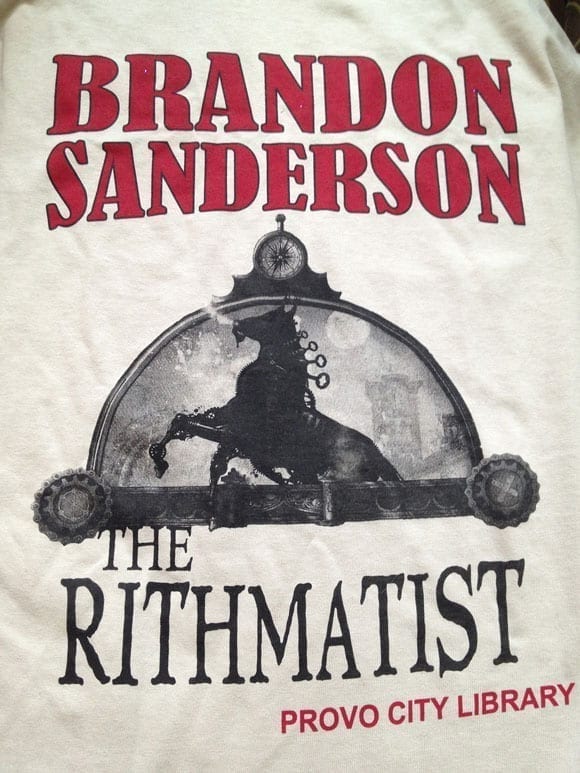 Take a look at that enormous gear decoration! Incidentally, the picture below was chosen by Publishers Weekly as their photo of the day on June 6th. 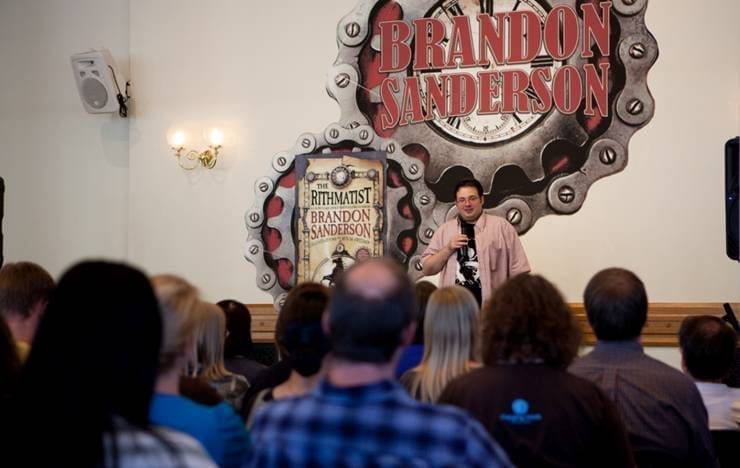 In addition to the book store signings, Phoenix Comicon and BookExpo America were all part of the tour. It made for a crazy time, but as always, I want to thank you all for coming out to the signings and other events. Because of you, The Rithmatist debuted at #6 on the New York Times Bestseller list. 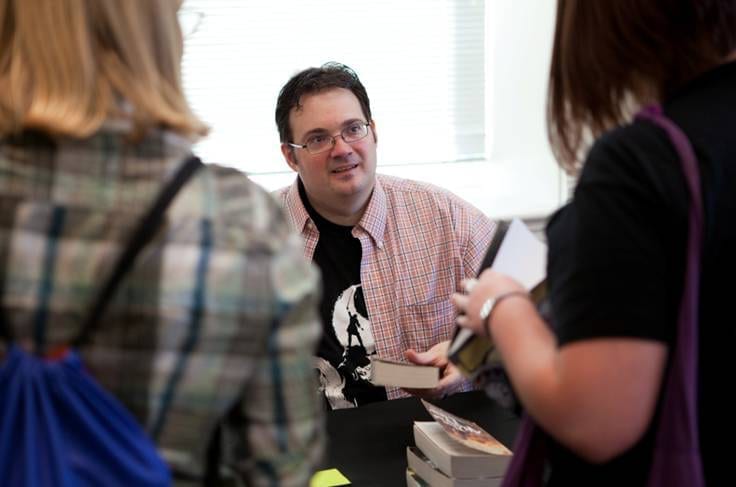