This week’s Writing Excuses podcast episode is entitled “Your First Contract” and it’s about exactly that! We’re not lawyers so don’t consider this to be legal advice, but as a writer you’re a a small business owner who should be thinking about this sort of thing.

The STEELHEART fan art contest ends tonight at midnight (probably Mountain Time). There are over 30 entries so far. Fantastic work, folks! I’m looking forward to seeing what else gets submitted before the deadline. Note: This contest is only for people in the US and Canada, but Fantasy Book Critic has a book giveaway that is open worldwide. They don’t have the Mega Vault though.

Tor.com’s Way of Kings reread has reached chapters 19 and 20, which includes Dalinar’s first highstorm vision of the book.

Ta’veren Tees has a new shirt up for preorder, called the Golden Crane. It’s available for men and women.

The library comic UNSHELVED does a “book club” comic every week. The most recent one is on THE WELL OF ASCENSION. They also featured ALCATRAZ VERSUS THE EVIL LIBRARIANS a few years ago. 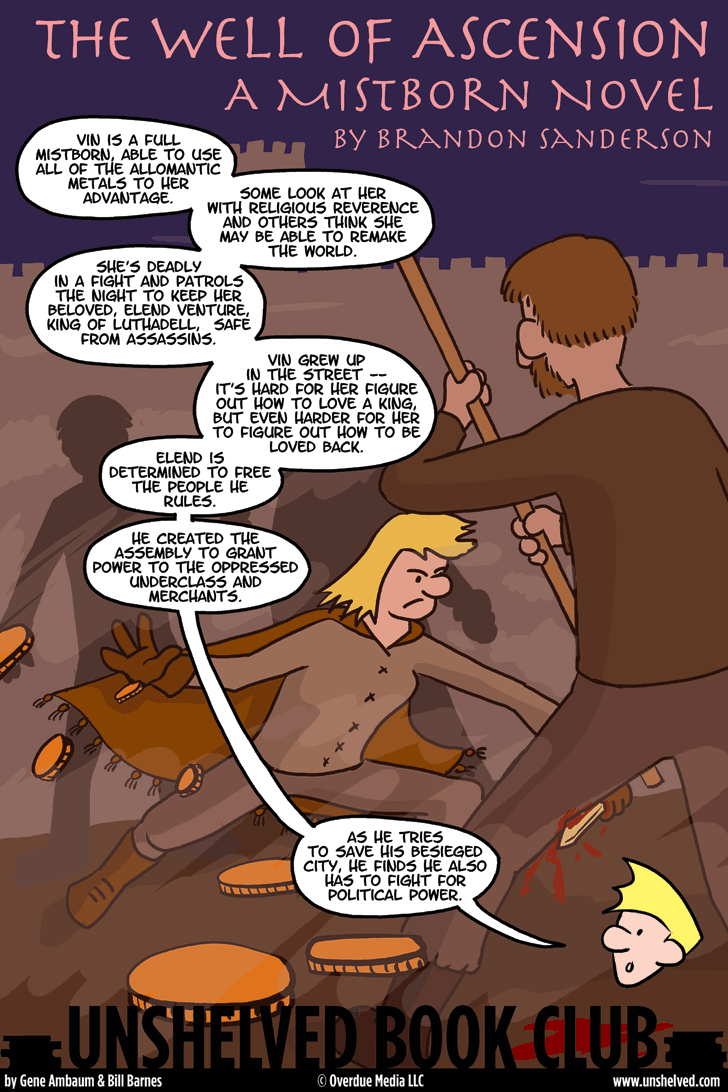 Something very cool today is that Tor.com is celebrating their five-year anniversary by giving away an ebook of every piece of short fiction Tor.com has ever published, including my novelette “Firstborn.” This ebook is available to anyone registered at Tor.com. All of the stories are still online for free, but the download is in convenient ebook format epub, mobi, and pdf. These stories are available from the ebook vendors for 99¢ each, so the following huge list for free (in alphabetical order by author) is a great deal: